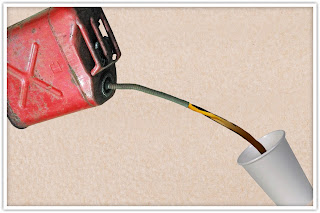 Tweet Review - You And I: Verse - not ashamed to admit it, words turn me on - 5 stars

The more I think about how this production was put together, the more impressed I am.  You and I: Verse is three interwoven stories, but they’re not really thematically related.  They are instead tied together with the most tenuous of threads - words, images, sounds which recur in all three tales.

“I dodge the fury of another of her smiles.”

One story, performed by Dobbs DeCorsey, is more straightforward storytelling, about a guy who falls in love with fire (and arson) and gets metaphorically and emotionally burned in a big way.  Another story, performed by Camille Isadora Smith, weaves poetry and poetic turns of phrase throughout the tale of mismatched lovers who may not have the right timing to make it for the long run.

“I keep my mouth shut in order to make a good third impression.”

The last story, performed by Mike Hentges, is a torrent of spoken word excess, rivers of words flying out of the guy’s mouth as he recounts his unrequited love for a pretty barista in his local coffee house that resurfaces in the most unlikely of ways years later after he finds himself happily married.

Director Steve Soler has crafted this experience with great attention to detail that doesn’t tend to draw attention to itself.  Only now am I appreciating, thinking back over the piece, how the arsonist’s story moves at a slower pace, while the young poetess recounts her story at a pace that ebbs and flows - mostly normal, but sometimes faster, and the lovestruck coffeeshop artist is barreling along at warp speed for much of his tale.  Yet none of them are ever really offstage.  Shared noises, finger snaps and the like, are timed perfectly in unison.  The performers need to be paying close attention to pull this off.

“She asked what I wanted and I almost asked for my breath back.”

The arsonist and the young woman in love have to go to some pretty melodramatic places - whether you want to go with them, or even believe them, varies from audience member to audience member.  Mom, for instance, wasn’t engaged in the same way I was.  I was riveted.  In the same way I am transfixed and hold my breath at times when watching expertly performed dance, the way the words danced here had me totally bewitched.

“I’m sorry that you’re never going to teach her how to read.”

All three performers are good but the standout here is Mike Hentges.  I saw him in a clunky but enjoyable modern musical riff on Jane Austen’s romantic novels called Austen-tacious (I know, I know) last year.  He was fun to watch in that, but he’s a completely different person here.  Now, in the intervening time, he’s spent a lot of hours doing spoken word and storytelling, so it shouldn’t be surprising that he’s upped his game as a performer.  But this isn’t just next level steps up.  He’s leaped a great distance between last year and this one.  The words and the performance here perfectly capture the kind of manic, giddy strangeness that being under someone’s thrall can do to a person.  He admits to stalker-isn behavior, but it somehow remains charming and less ominous than the dark places the other two stories travel.

“With shame I didn’t think I had left, I ordered my steak burrito.”

Of course you can’t really have one without the other.  If the other two stories didn’t exist for contrast, Hentges’ story might seem less gleeful and more neurotic.  It might also not seem to have the real potential for turning out poorly, if the two other stories didn’t take their unfortunate turns.

“This was my most fortunate mistake - we made eye contact.”

If words are your thing, and they are mine, you should definitely check out You and I: Verse.  I enjoyed myself so much, I’m going back again for their final performance on Sunday (and I don’t do a lot of repeat viewing at Fringe time).  But you don’t have to wait, they’ve got one tonight - Friday 8/7 at 5:30pm