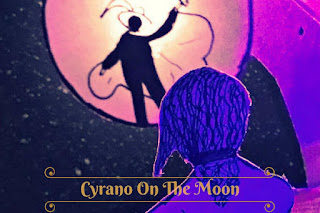 Cyrano awakens in the afterlife to engage in one last battle against the Vices and Corruption of Man, as Roxanne struggles to reconcile his tumultuous legacy and her love.

A new play sequel to Cyrano de Bergerac.  Not a whole lot of information here, either.  I’m drawn in by the concept and the title.

And the thing that sold me on it is the director, Mason Tyer,  is another actor who also just worked on that scene from a new play of mine in the T.E.A.S.E. new play showcase.  So I want to see what happens when he puts on his director’s hat.