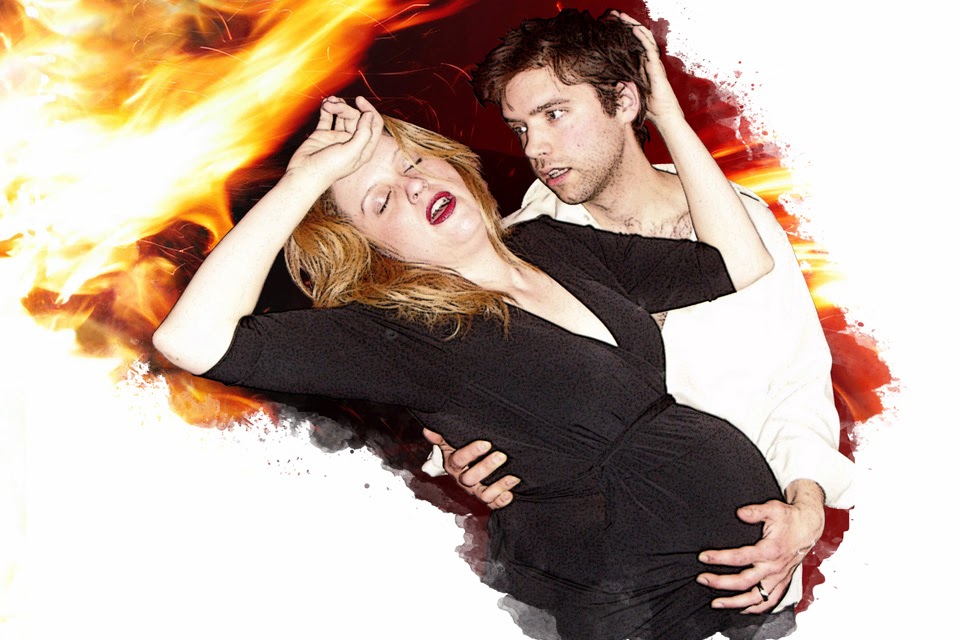 It would be easy to take comedy offerings from either Joshua Scrimshaw or Shanan Custer for granted.  After all, in this Fringe alone, each of them is in multiple shows, and they are reliably hilarious is all of them (Our American Assassin, Kafka Nuts and Amateur Hour, to name the ones I can remember off the top of my head).  From Here To Maternity has also been mounted and remounted before (I can’t believe I just used the word “mount” in reference to this show.  Apologies).  But as anyone who has sat through unfunny Fringe shows in the past can tell you (and believe me, Mom and I have seen our share), an actually funny Fringe comedy is worth its weight in gold.  Scrimshaw and Custer, together or individually, are a comedy treasure, and we should all happily glut ourselves on that fact.

I had tagged this show in My Fringe 5 this year of a collection of artists and/or shows I was embarrassed to admit Mom and I hadn’t seen.  Fringe scheduling will do that to you.  But From Here To Maternity is well worth the trip into downtown to catch this year.  We actually sat with a couple that had seen it before, and they were trying to remember the exact timeline.  They either had just met through friends or had just begun dating.  Now they were married with children.  They were expecting to appreciate the show in a whole new way, and they did.

Scrimshaw and Custer play Charlie and Meg, a married couple who decide to have a baby.  This decision is not entered into lightly, in fact quite awkwardly.  One of many great things about the show is that even though it’s hilarious, the humor is all based in character and reality.  One way or another, we can all recognize ourselves up on that stage in those two characters.  All the nightmares and insecurities and uncertainties about making and raising a child are on full display and include everything from satirical side scenes about doctors vs. midwives, to comically overwrought interpretive dance, to big band style songs with naughty lyrics.  All these are interspersed through equally funny scenes of Charlie and Meg stumbling toward parenthood.  If you’ve seen From Here To Maternity before, you know you should see it again.  If like me, you missed it, don’t pass up the chance to see it this time.