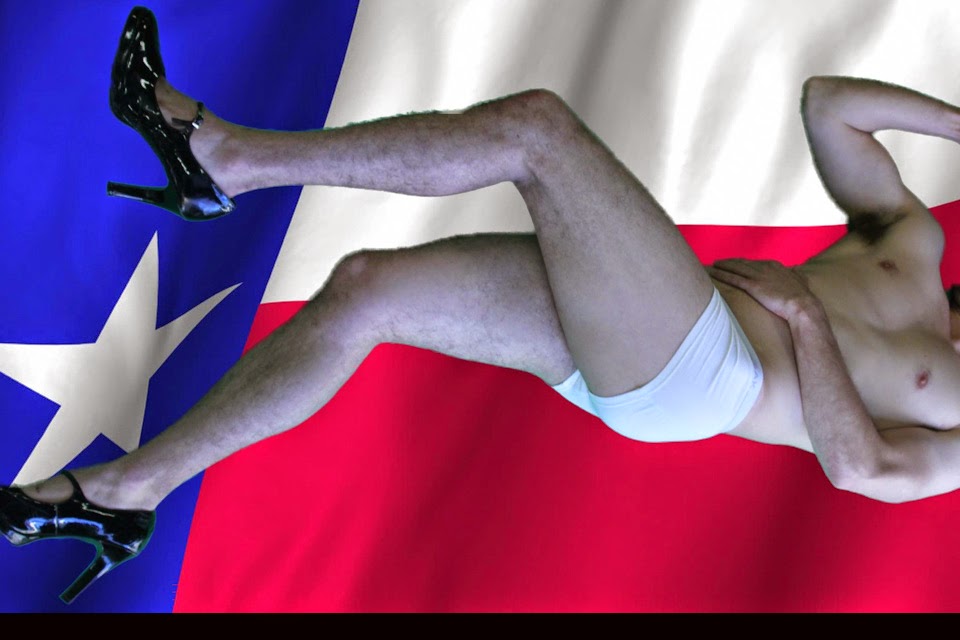 As I said in a previous tweet after seeing this show, The Miss Longview Texas Drag Pageant is a whole lot of gay in one place, but I approve.  Brazen Theater’s Fringe offering, written and co-directed by Brazen founder Mark Hooker (with co-directing assistance from Janice Orlandi), is a streamlined version of a full-length piece, and given all the character and plot lines crammed into this Fringe-sized package, I can understand why they might all need a little more room to breathe.  As it stands, though, The Miss Longview Texas Drag Pageant still manages to make its own kind of wacky sense.  The extra time no doubt went to further character development and pacing to smooth out some of the rather abrupt twists and turns the plot makes in the current incarnation.  Right now, once it cranks up past the basic character introductions, the show moves along like more of a farce.  If there were doors, they’d be flying open and slamming shut quite a bit.

Some spoilers ahead - Dinky (Joel Thingvall) and Renny (Keith Pederson) are hosting their friends for an unconventional Thanksgiving dinner before the title’s big event.  Harlan (Jacob Thomas) is determined to win the pageant, being judged by Longview’s own small town boy made good, Oscar winner Matthew McConaughey (Nathan Cameron).  The prize is a ticket out to Los Angeles to participate in a reality TV competition.  Harlan wants to leave behind all the troubles of this town, including his own abduction by space aliens when he was younger (just go with it).  Harlan’s hunky redneck boyfriend Wylie (Ryan Prohaska) has, shall we say, a wandering eye (and hands, and lips), all of which he’s used on the local sheriff Lloyd (Andrew Rosdail) as well as the sheriff's over-the-top fundamentalist Christian ex-wife Tamera (Patience Fields).  The sheriff actually does have official business at the party as well.  There’s an escaped convict (Christopher DeVaan) on the loose, and a special agent (Erica Fields) has also been assigned to the case to assist.  And as such things do, it all culminates in a lot of drag (of both the Marilyn Monroe and Cher varieties) and those space aliens get in on the action as well.  You may think I have given away everything, but that isn’t the half of it, trust me.

While the production and the performances can sometimes be a little wobbly, overall the ensemble commits to their goofy tale fully and that makes all the difference.  If you’re looking for a play with gay content in which the gays are in the majority rather than the minority, and there are actual couples, and some onstage affection, which is all too rare, even in the Fringe (and especially this year for some reason), The Miss Longview Texas Drag Pageant may just be your show.