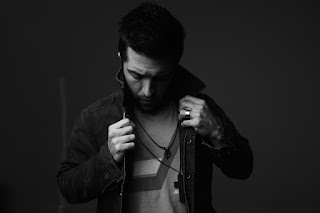 Tweet review - #mnfringe Write Me A Song: I honestly wasn't sure that was gonna work, but we did it, brand new song; that was a rush - 5 stars

Write Me A Song ended up on my Top 10 list this year because the idea intrigued me:

Ever wanted to write a song but didn't know how? Sometimes all you need is a catalyst. Join me and a group of strangers for a fast-paced night of creation. I choose a topic and we'll write a song on the spot.

Having spent the last several years myself learning the basics of playing guitar, starting to write songs for my plays, and cautiously dipping my toe in the water of playing my guitar and those songs in public, I’m even more impressed by the people who seem to do all of that so effortlessly because all of it feels like an enormous mountain to climb.  So, creating a song in less than an hour?  Doesn’t seem possible.  And yet, in Write A Song, we do.  Every show will be different because every audience will be different and thus every song will be different.

The description’s a little misleading because singer/songwriter Jeromy Darling doesn’t really choose the topic.  He lets the audience do it.  He gives us a set of things to choose from, but he’s starting from scratch.  He’s not using bits and pieces of songs he’s already got in the pipeline.  He’s crafting a song from the inspirations put in front of him.

First he gives a little background on his work with The Salvage Project, which takes music into prisons and homeless shelters around the country.  The mission has a Christian underpinning to it, but don’t let that scare you off, he’s not there to proselytize anyone.  This is about the music.

Then while Jeromy spent five minutes noodling over chord progressions and muttering nonsense syllables to feel out a potential melody, the audience members each got several post-it notes and a pencil and were encouraged to write something - words, phrases, maybe even a stab at lyrics if you were feeling ambitious, someone even drew a picture of a cat so illustrations are not out of bounds.  Once the five minutes were up, Darling’s able assistant collected all the notes and laid them out on a white board at Darling’s feet and he looked them over.

Then a phrase at a time, a line at at time, verse, chorus, additional late entry audience suggestions thrown in, the song took shape.  He tried to keep a running monologue going of the thought process passing through his head as the song coalesced, though he did warn us up front that there would likely be some awkward silences along the way.  He did, however, keep playing the guitar nearly the whole time he wasn't actively engaged in talking to the audience, and sometimes he'd even play idly under the conversation.

He apologized in advance to anyone whose words he didn’t end up using.  No reflection on their contribution.  While I certainly understand that everything the audience cranks out couldn’t possibly all get wedged into a single song, I have to admit a little thrill when a single word I offered up on my set of post-its really grabbed him and kicked off the chorus.

And there it was.  A song.  Done.  Sure, it’ll probably be finessed and recrafted a little, but the foundation of the whole thing was really solid.  The plan is to get a song out of each of the five performances and then release a Fringe EP of the end result, recording it all probably taking a month or so.  Pretty amazing.

People who live in music speak a different language than I do.  It’s fascinating to watch them speak it fluently and create right before your eyes.  It’s even more compelling to watch them reach out to a room full of strangers, take in their ideas, and translate them into song.

I’m going back to catch another performance.  It’s the rare Fringe show, or any theater production really, that can get me to do that.  If you’re looking for a change of pace and a front seat to the thrill of creation, Write Me A Song is a Fringe show you should have on your schedule.