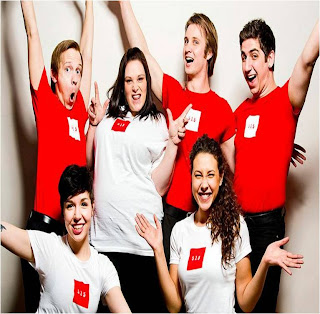 A marriage equality theater piece I’m working on currently has a matching grant offer from the Pohlad Foundation.  They’ll match any individual gift up to $500, up to a total of $10,000.  It’s in conjunction with a fundraising performance that happens on Monday, April 22 at 6:30pm (6:30-7:30pm is mingling time, 7:30 is a performance of the current touring production).  Even in you’re unable to attend the performance (and I realize it's very last minute I'm posting this), you can still take advantage of the matching grant.

Here’s information on the Project 515 tour

Those of you who follow this blog, or my writing in general, know that I’ve been hip deep in the whole marriage equality messaging for a couple of years now.  My marriage comedy But Not For Love hit the stage last October thanks to Workhouse Theatre Company and The Flower Shop Project (originally commissioned by Allegheny College back in 2006, it got picked up again in 2011 out in Los Angeles before landing here in Minnesota).  But I’ve also been working with the group Project 515 to help spread the word in a slightly different theatrical way.

Flower Shop linked me up with Project 515 originally in 2010 when they brought me in as one of the contributors to a cabaret-style production around the marriage equality issue, which also included song and dance as well as the scripts of other writers.  Project 515 gets its name from the 515 laws in Minnesota which treat same-sex couples and their families differently from heterosexual couples who are able to be legally married.

After the Flower Shop production, Project 515 decided they wanted to take a similar idea on tour around the state of Minnesota in the ramp-up to the big vote on the marriage amendment in November 2012.  They asked me to write scenes that would illustrate some of the ways in which the current laws discriminate against same-sex couples and their families, as well as put the Minnesota fight in the larger context of the gay civil rights movement.

We did a dry-run to several Twin Cities area college campuses in the fall of 2011.  Then a few months later we did a rewrite and took the tour out to Greater Minnesota in the spring of 2012, hoping to spread the word about Voting No on the marriage amendment.

Now that the November election is behind us, and they’re now debating marriage equality legislation at the State Capitol leading up to another big vote, the first leg of the 2013 tour is out around the state, this time urging people to contact their legislators and let them know how they feel on the issue.

Once that vote happens, one way or the other, the aim of the tour will change yet again.

This fundraiser is to help fund the future of the tour, and keep the conversation going.

Since every gift counts twice as much with the Pohlad Foundation match, I figured it couldn’t hurt to put the word out.

While I’m looking forward to the day we don’t need tours to help foster better understanding between people, we unfortunately aren’t there yet.  The tour actors in all the iterations of this project have been working tirelessly to spread the message.  This grant is a way we can turn ten bucks into twenty, fifteen into thirty, twenty into forty, and so on.  So if this is the kind of story you want to help tell, pitch in as you’re able.  Thanks!
Posted by Matthew at 4/20/2013 04:57:00 PM No comments:
Labels: Incubator - Project 515
Newer Posts Older Posts Home
Subscribe to: Posts (Atom)