Auditions for the tale of Medea and Jason, as a dark romantic comedy 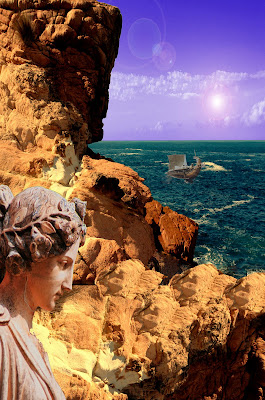 The Flowershop Project is doing my Medea & Jason play, so I'm spreading the word about auditions where I can. If you're free for rehearsals starting at the end of August, for a production in October, send them an email as outlined below and sign yourself up for a slot.

The Flower Shop Project will be holding auditions for “Medea and Jason: Rubicon Waltz” by Matthew Everett and directed by Brenna Jones, on

If necessary, callbacks will be held June 15th, same time and place.

To schedule an audition please email David Schlosser at

with your name, preferred audition time and phone number. You will get an email shortly confirming your audition time. There is a $100 stipend for each actor.

Readings will be from the script. Sides and the script are available at http://www.matthewaeverett.com/plays/scenes.php?playID=52, as well as http://www.theflowershopproject.com.

"Medea’s sons want her to tell them a story. So Medea tells the tale of an epic love story gone horribly wrong – the story of how the young adventurer Jason met the princess Medea, the story of how the boys’ mother met their father. Medea conjures the other players in the tale, unfolding the origin of the Golden Fleece, and the quest of Jason and the Argonauts. But truth is a slippery thing – depending on the person telling the story, and the reasons they’re telling it. The messier the story gets, the more variations appear. Throughout, the goddesses and gods of legend meddle in affairs of the human heart. Medea betrayed her father and her country in order to help Jason obtain the Golden Fleece. She helped murder her own brother to aid their escape. Before it was all over, a giant, two kings, and a princess, among others, were dead. And depending on which version you believe, Medea’s sons die as well. But who kills them, and why? Medea & Jason: Rubicon Waltz explores the stories and lies we tell others, and ourselves.”

(If you're unable to make the audition dates but would still like to audition, we're more than happy to make alternate arrangements! You can email David Schlosser at david@theflowershopproject.com or call Brenna at 612.280.2860.)

Rehearsals will begin at Epworth on August 29th and run through September; either Monday-Thursday (7-10pm) and Saturday afternoon, or Mon-Fri.There will be no rehearsal on the night of the Ivey’s.

Performances will be at the Bryant Lake Bowl, opening October 1st and running the rest of the Saturdays of the month.

“Medea and Jason: Rubicon Waltz” has 9 roles and is designed to be performed by an ensemble of actors both male and female. At some point, nearly all of them will play across gender lines. The only place where specific gender is vital is in the 2 central characters. Since this is in part a play about the inequity of gender roles in societies both ancient and not so ancient, it is important that Medea be played by a female actor, and that Jason be played by a male actor. The other 7 roles can be played by either gender. 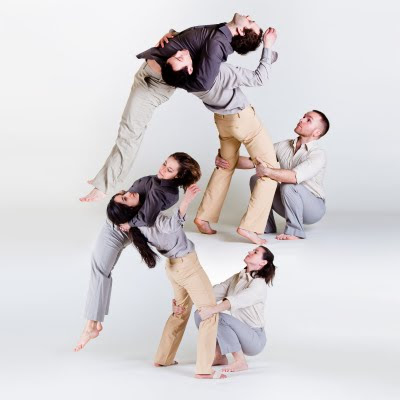 If two people are standing very close together, face to face, breathing hard, staring intently into one another's eyes, one of two things is probably going to happen - they'll kiss, or they'll hit each other. Doesn't seem to matter if the two people are both women, or both men - the tensions are the same. And when neither happens, that tension gets cranked up a notch. That's one of the many intriguing conceits involved in Fe/Male, the evening of dance at Intermedia Arts this weekend, choreographed by Jeffrey Peterson and Melissa Rolnick.

The concept of the evening is deceptively simple - three dances, two choreographed by Rolnick and one by Peterson, will each be performed twice, once by male dancers, once by female dancers, with an intermission between the repeated program. At first, my thoughts ran along the lines of, "It'll be interesting to see what difference the gender switch makes." But when we reached intermission, I was simply thinking, "Wow. I'm really glad I get to see those three dances again, right away. I almost don't care who does them."

Both halves of Fe/Male kick off with Rolnick's piece "Soaring" followed by her work "2x2," the combination of which would be a study in contrasts even without the gender flipping in the second half of the evening. "Soaring" is a solo set to the music of Mozart, while "2x2" has four dancers move to a piece of electronic percussive noise called "Battles." "Soaring" is all curves and sweeping movements. "2x2" traffics in a lot of sudden jolts and sharp angles.

The joy and openness involved in "Soaring" is clear (and strangely the same) whether it's Jeffrey Peterson dancing the solo at the start, or Heather Klopchin dancing it again just after intermission. The reluctance to permit even the briefest contact in "2x2" seems just as violent when first done by Katherine Arndt, Taylor Cook, Emily Hassenstab and Alyssa McGinty, as it does when the men (Bryan Gerber, Cade Holmseth, Jordan Klitzke, and Jeffrey Peterson) return to the same moves later in the night.

Peterson's Minnesota Fringe Festival collaboration with Rebecca Katz Harwood last summer, Thinkingaview/CorresponDance, was delightful because it played fast and lose with gender roles and stereotypes without being didactic. It simply tore down the physical walls people traditionally put up between each other, letting men and women mingle freely onstage in a variety of combinations. In Fe/Male, Rolnick and Peterson present the genders one at a time in isolation, repeating the same moves, proving that any human body with the proper strength, control and grace can blow your mind.

There comes a point in "Soaring" where the dancer spends time much lower to the ground than at the beginning. Though compressed in space, the dancer still creates the same sweeping moves as when they were freer, eventually opening up again and standing tall to conclude the piece. Whether it's Peterson or Klopchin executing the moves, the joy of that resilience is equally lovely. When the four dancers of "2x2," whether female or male, finally allow themselves the tentative possibility of a touch that might be lasting or tender, the moment is electric and moving, even as it carries with it the fear of rejection.

Peterson's work "Rouse" which closes both halves of the night is a compelling sequence of physical duets (even when there's only one, or up to three, people on stage). How is that possible, you ask? Well, "they're dancers," would be the short answer, but if you want specifics... Dancers 1 and 2 spend some time tumbling over and under each other, conflicted about how tangled up in each other's limbs they really wish to be. Moments of genuine tenderness are indulged, then quickly shut down. Once Dancer 2 finally makes up their mind to go for it, Dancer 1 decides they're not interested and walks off. Dancer 2, left alone and panting against a wall, decides to take out their frustrations, emotional and... uh... sexual, on the wall. (Hence the title of the review.) Bereft and spent on the floor, Dancer 2 is rejoined by Dancer 1, who has brought a friend, Dancer 3. The trio then spends the rest of their time coupling and uncoupling, with the odd person out always inserting themselves as a spoiler, until Dancers 1 and 2 find themselves up against the wall again, with a decidedly more positive, or at least hopeful, result. None of the preceding description does justice, of course, to the mind-boggling array of moves these two trios pull off - first the men (Gerber, Holmseth and Peterson), then later the ladies (Klopchin, Tamara Ober, and Leslie O'Neill). But let's face it, if you could put dance into words, it'd be a play. The contortions of the human body can often convey things in a way that makes words completely unnecessary.

I've discovered one of the things I like most about Peterson's work, and that of the other choreographers and dancers he works with, is the eye contact between the dancers. Yes, physical contact and the interaction of bodies in space is the main course here. But the looks between these people are all so loaded with intent, it takes the dance to another level. The dance that I have a hard time connecting with is the kind where everyone's face is blank and they go through their paces. Amazing though the moves may be, if they've got the dead stare of a runway model plastered on their face, I find it difficult to engage. It's like they're only performing from the neck down. Or worse yet they're like an actor who stands onstage only waiting for his next line, not listening to his acting partner or being present with them in the moment of the story being told between their characters.

The dancers in Rolnick and Peterson's works, even when alone, have faces you can actually read (or try to read - on some level, humans are always a mystery). It's just another form of connection, but I find it's a vital one. Also, I imagine it's a part of the puzzle that only snaps into place when the moves become second nature and the dancer no longer needs to obsess about them. Practice ingrains the motion in the body, so your eyes can leave your legs and arms to do their work, and you can throw some energy your partner's way. It sounds like a little thing, but the payoff is huge, and it's present in all of the best moments of Fe/Male (of which there are many).

The friend who accompanied me kept letting out little involuntary exclamations of "Wow!" under his breath watching the dancers in action. That about sums it up really. Wow.

See this thing. And quick. They only run this weekend (June 2nd through June 5th) at Intermedia Arts. Check out the calendar at intermediaarts.org for more information and reservations.

Jeffrey Peterson Dance will be back in the Fringe this year, as well as premiering a new piece at the Southern (both in August), but trust me, you want to see this one, too. Like all good performance, it exists in the moment between performer and audience, and then it's gone.