Review - A Lie of the Mind - Theatre Pro Rata - The American Family: Raw 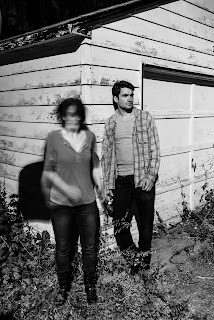 Theatre Pro Rata has found itself another perfect match in Sam Shepard’s play A Lie of the Mind.  This latest production under the direction of company artistic director Carin Bratlie Wethern is an example of what they do best - find a meaty, perhaps difficult, definitely challenging script, and dig into it until it gives up all its secrets.  The Pro Rata crew gets the story up on its feet in a sleek, economical package of design and performance, and shares with the audience all the reasons they should love the story just as much as the artists on stage do.

“So you're gonna travel to Montana in your underpants with an American flag wrapped around your neck.”

If it weren’t Pro Rata and Sam Shepard, I’d find A Lie of the Mind a hard sell as a place I would willingly go to spend time.  The story is launched in the wake of a domestic assault so violent that Jake (Nate Cheeseman) has left his wife Beth (Amy Pirkl) for dead.  (Nothing says entertainment quite like spousal abuse, am I right?)  Beth is very much alive however, if perhaps slightly brain-damaged.  Unaware of each other’s fate, the two halves of this unhappy marriage retreat to the comfort of their respective families - although the terms comfort and family are both open to debate here.  Beth and Jake’s dysfunctional marriage definitely has its roots in the homes from which they came.

“Please don’t yell in this house.  The walls can’t take it.”

Jake’s brother Frankie (Gabriel Murphy) gets Jake reluctantly reunited with their brash mother Lorraine (Kit Bix) and long-suffering sister Sally (Joy Dolo).  Frankie then heads off to see if Beth is really dead or Jake is just overreacting.  Beth’s brother Mike (Bear Brummel) gets her through the worst of her medical troubles at the hospital and takes her home to father Baylor (Don Maloney) and mother Meg (Delta Rae Giordano) to hopefully make a more complete recovery.  When Frankie shows up on their doorstep, events turn him into more of a hostage than a houseguest.  Jake, pathologically jealous as ever, thinks the worst of Frankie when he doesn’t return. Jake decides to head out and find Beth himself, even though his mother keeps hiding his pants so he can’t leave home.

“Why am I missing her now, Frankie?  Why not then, when she was there?”

Though there are four substantial female characters here, Shepard’s A Lie of the Mind is a story focused through a masculine lens.  Shepard is exploring the challenges of what it means to be a man in America in the 20th century.  Sadly the lessons here easily translate to the present day, 30 years after the play was first produced (likely before some of the people in the Pro Rata cast were even born).  Even when the women have a scene alone together, A Lie of Mind doesn’t pass the Bechdel Test.  The women here are collateral damage to the choices and failings of the men in their lives.  They speak about and frame their lives in relation to the men at the center of them.

“Amputation is not the answer here.”

This is hardly a celebration of the American male, however, as you might have guessed from the plot outline above.  Nate Cheeseman presents Jake to us in all his paranoid, insecure glory, a guy who lashes out at the people he loves most because he lives in constant fear of losing them.  Gabriel Murphy as Jake’s brother Frankie isn’t much better.  He’s not a violent man, but as Jake’s primary support system, Frankie is constantly propping up a guy who maybe should just be allowed to crash and burn so he’ll stop doing harm to everyone around him.  Beth’s brother Mike as portrayed by Bear Brummel means well, but his protectiveness is more than a little overbearing.  One can hardly blame him, however, since he learned at the feet of their father Baylor.  Don Maloney plays Baylor unapologetically, as a loudmouth and a tyrant.  Beth was getting verbal abuse at home long before Jake started using her as a punching bag.  It would probably come as a big surprise to Baylor that he doesn’t wear the metaphorical pants in his family.

The people with the actual strength and resilience in this play are the women, though they’ve all chosen to take up residence in the background of all the drama created by the men in their homes.  Amy Pirkl’s Beth is frustrating to watch, in a good way.  She makes the unbelievable believable, that somehow despite everything she can’t quite let go of her love for Jake.  Women stay in abusive relationships for all kinds of reasons and Beth is one of those women.  She had to be carted off to a hospital, unconscious and bleeding, before she’d leave Jake.  Now as she tries to learn to speak again and put her life back together, she still feels like it only makes sense with a man in the middle of it - and she might be auditioning Jake’s brother for the role.  It’s a shame she doesn’t learn from her mother’s example.  Though you wonder why Beth’s mother Meg puts up with Baylor most of the time, it’s clear she made a choice, and that she runs the place, though she never raises her voice like the men of the family.

The mother and daughter on the other side of the extended family are further along on the spectrum of finally being fed up.  Jake’s latest meltdown just reinforces his sister Sally’s eye-rolling attitude toward the idea of settling down with a guy.  Joy Dolo is most entertaining when exasperated in her efforts to get either her brother or mother to see sense.  Kit Bix’s trip down marital memory lane as Lorraine leads her to the conclusion that maybe it’s best to just burn the past to the ground and start over.

Theatre Pro Rata’s production of A Lie of the Mind embraces Shepard’s innate theatricality.  The design team of Ursula K. Bowden (set), Merritt Rodriguez (lights), Jacob M. Davis (sound), Cole Bylander (costumes), and Julia Carlis (props) create a dreamlike world where one scene, one place, one reality blends into another.  Symbols like the American flag, or a bloody deer carcass, loom large here, and yet never seem out of place, or to bend reality until it breaks.  Just like the characters on stage, the audience gets to see people both as they are and as others see them.  No one’s point of view here is without its flaws, and the fluid nature of time and place created by Pro Rata fits this world perfectly.

“Once we’re together the whole world will change.”

The strangest thing about A Lie of the Mind is the balancing act of its ending.  It’s not a standard issue happy ending, but neither is it bleak or nihilistic.  You get the sense that these people’s lives go on, and that it’s not a bad thing for anyone involved.  Of course it’s a largely white family, with a white family’s problems and means, so maybe it shouldn’t come as a big surprise that they bounce back.  But Pro Rata’s production is an unflinching look at a segment of America that’s used to getting off easy in the way it’s portrayed.  The heroes aren’t easy to spot here, and the villains aren’t easily dismissed.  It’s both nice and a little unsettling that Shepard’s complex portrait of the American family doesn’t seem dated in the least.