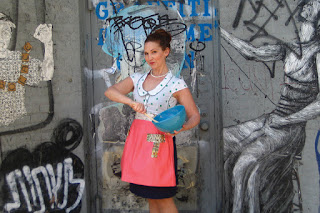 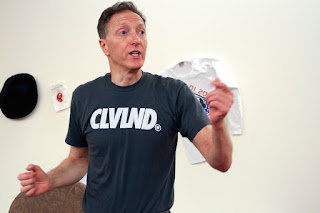 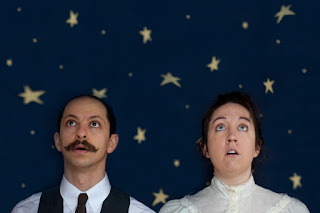 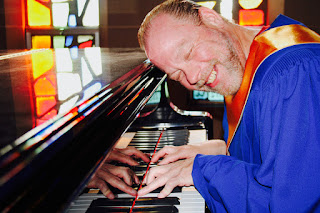 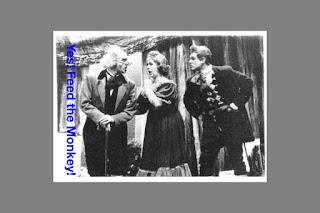 This one person show with gay content may hit me a bit too close to home, but I suppose that’s why the description grabbed me in the first place:

A fast-paced look at life over 40, the challenges of middle age and times when "man planned, and God laughed." A one-man show featuring sudden hearing loss, bad dates, unrequited love, and moments of grace. The show is about dealing with real life--the reality of being single, dealing with physical illness, and of finding the humor in a range of life situations: the good, the bad, and the ugly. From trying to squeeze into a tank top in the gay mecca of Provincetown to a romantic mishap at Obama's first inauguration, "One Man's Journey" speaks to anyone who has ever felt like an outsider, an underdog, or someone who doesn't quite fit 'inside the box' of a conventional life.

The artist has apparently done a little bit of everything, from national radio to performing at the Gay Games, Canadian Lesbian and Gay Archives, and synagogues, churches, and community centers in the Northeast and Midwest.  So I guess it’s about time he brought his show to our town.

This show description in “More Information” kind of knocks my socks off:

Darlings is a two person play that reimagines J.M. Barrie’s “Peter Pan” from the perspective of the Darlings, two parents struggling with the loss of their children. They search for them by day and tell stories about a place called Neverland by night... where the mermaids will drown you, the pirates might kill you, and you can’t trust the charming little boy with the impish smile.

I missed their show Petunia and Chicken last year, so I’m doubly interested in checking them out this year.

I missed this one the first time around, too, so I’m happy to get another chance to catch it in this year’s Fringe.  Performer/co-writer Candy Simmons keeps racking up accolades out on the Fringe circuit with her performances.  The play sounds like a potentially fascinating mix of different types of women:

A midwife who would kill for a family. A homemaker in search of her true nature. A successful executive hanging by a thread. What do these three women have in common? Nothing... and everything.

The write-up says it aims to explore “women’s changing roles throughout the 20th century… a significant day in the life of three different women in three very different eras of time. How far and how far haven't we come?  Ruth, a 1928 Appalachian midwife, would kill for a family.  Marion, a 1950s homemaker, wants to discover her true yogic nature.  And Karma, a slowly unraveling film producer, would settle for a bit of sanity.”

I remember a discouraged artist stuck low on the wait list a few years back.  So I was happy to see their name associated with this weird little title, goofy little picture, delightfully odd show description:

Two loving bureaucratic chums secretly administering the Save Mr. Boban Foundation grapple with the confines of a dictatorial regime when they discover a monkey with whom they build a relationship. Will they be able to rescue the monkey? Will this offer an attempt at freedom and overthrow of the regime and afford the opportunity to pursue their one true love and live merrily ever after?

After I search for gay content, I next search for religious content, this one has both.  The guy’s been working the Fringe circuit already with this one, and heads to St. Louis right after us.  Plus, honestly, I have no defense against a description like this:

In 1991 David Boyle took over his dying father's job as church organist and choir director. This solo show is a workplace confessional that highlights twenty-five years of sometimes hilarious, sometimes poignant interactions with the congregation.

And a Chicago reviewer used the words “well-wrought mix of wit, cussedness, close observation and earned emotion” - it’s the earned emotion that closes the sale for me.
Posted by Matthew at 8/03/2016 05:26:00 PM
Labels: Fringe Archives 2016, Fringe blogging, Fringe Top 20