Fringe 2021 - 3 Performers I Really Like Taking On Their First(?) Fringe Show 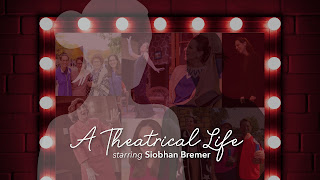 Certainly these performers have done other people's Fringe shows before, but this Minnesota Fringe, they're striking out on their own a bit.  Concepts that, in the hands of others, I might walk by, but because these people are involved, I've got these shows on my list.

A Theatrical Life - Siobhan Bremer - After spending 5+ decades on the stage, Siobhan Bremer’s life is more than just a bit theatrical. From kidnapping to birds on scooters and Greece to cancer, it’s all there. Guess which ones happened off stage?

Full disclosure: this is a largely sentimental choice on my part.  Your mileage may vary. Normally, a one person show about an artist is... not my thing. However, this artist was cast in a production of a play of mine that still looms very large in my memory, and on my resume. When it was performed at the Bryant Lake Bowl back in 2008, we made the critic John Townsend cry (and not because we were bad and he was weeping for the future of theater, we actually got to him). Those tears are still one of the highest compliments I've ever gotten. (RIP, John.) So I can't really be fully objective about this.  But I'm also super curious what Siobhan has in store - the story she's going to tell, and how she's going to tell it, so I'm gonna watch. 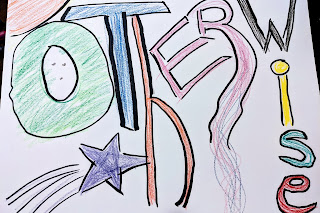 Otherwise - Krivski Productions - A child's imagining of the pandemic. How do you process what you didn't live? How do you make sense of the stories you hear? Join us as we reenact future mythology born from the minds of babes.

Again, normally, something pandemic-related, I'll pass.  However, this production has Danielle Krivinchuk as one of the people at the helm, and Danielle has done so much for so many so often across more theatrical productions, in and out of the Fringe, than I can count, so that ranks this one pretty high in the "give it a chance" category.

Also, the title keeps making me think of "Other than that, Mrs. Lincoln, how did you enjoy the play?" which I'm sure has nothing to do with this show, but it already has me smiling inappropriately by association, so what the heck. 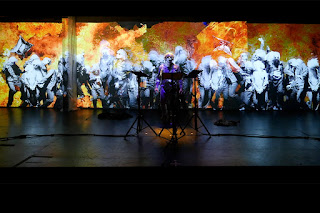 i want to change the subject, again - Off-Leash Area - an interview with Andy Warhol turns inside out in this performance / video-animation installation that explores the metaphysical fault-line between art, social unrest, and personal responsibility

Here I feel like I must have had part of my brain excised because it feels like Off-Leash Area MUST have been in the Fringe before, right, and I'm just blanking in a major way?  Because every time I've seen Off-Leash Area over the years, they always seem like they're cramming a whole Fringe Festival inside of one show.  So, Fringe-adjacent, if not actual Fringe.  And again, show about an artist, even Andy Warhol, and I tend to steer clear, but Paul Herwig and the visual and physical flourishes of Off-Leash Area, and I am very much on board to view this one.  If on the off chance you haven't see Off-Leash yet, you really should treat yourself.  It's a very particular and audience-friendly kind of weird.