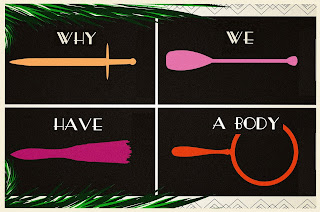 I'll be honest, even if I had a car, I'm still pretty nervous about attending live, in-person theater.  A gathering made up of relative strangers, indoors (or outdoors), masked or unmasked, with no idea of vaccination status and a Delta variant of COVID-19 on the prowl?  Yeah, I'm still not past the thought exercise of "what story do I want to risk my life to go and see in person?"  (Or, by extension, what piece of theater do I want to see so badly that I'd be willing to risk bringing the virus back home to my goddaughter Ursula's still unable to be vaccinated 8-year-old little sister Esme?  Yes, I know she's in Montana right now, but it's a thought experiment.)

However, if there were three Fringe 2021 shows performing live and in-person that could actually get me to leave the house, they would be these three (in no particular order, they're all equally enticing):

Why We Have A Body - Ducdame Theatre - a contemplative lesbian comedy about identity- familial, sexual and mythical. It follows 4 women through their thoughts as they navigate their relationships to womanhood and each other.

I first saw this play ages ago (like Outward Spiral Theater ages ago) and the script is so strange and charming and full of genuine feeling that I still remember it vividly.  Not the specific plot points so much as the way it made me feel - very happy to be in a theater and seeing that particular story.  So every time it resurfaces (it was done in the Fringe a number of years back as well by another company), I'm always drawn to it.  Now, this one is actually outdoors, at (or rather just behind) The Greenhouse (3717 37th Ave S, Minneapolis), and it's on bus routes as well as being ADA accessible so that makes it even more of a possibility.  It's being done by the same folks that did Moon River in the 2019 Fringe (the last time we all got together in person), which I quite liked, so that's another reason to give it a look. 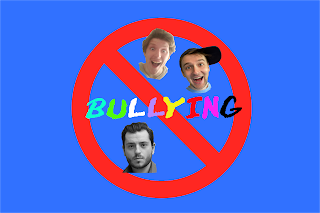 These folks are just deeply strange theater makers, weirdos in the best sense of the word (just check out their bios if you don't believe me). Again, in the last Fringe we all attended in person in 2019, their show Which Middle Name of 'Philip Seymour Hoffman' Are You? was "such a fun, odd, razor-sharp bit of satirical comedy writing, breathless performance, and audience interaction, just wonderfully absurd" that it completely lived up to my expectations that year when I put it in my pre-Fringe Top 20 list of things I most wanted to see. And it turned out to be one of the best things I saw that year.  This one's indoors at The Phoenix Theater (I miss the Phoenix Theater) and it, too, is on bus routes, so... very hard to say no to for those reasons as well. 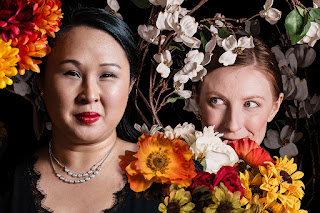 The Convent of Pleasure - Theatre Pro Rata - A wealthy heiress rejects societal pressure to take a husband by building a cloistered utopia for unmarried women where they vow to live unencumbered lives according to the heiress’s “principles of pleasure.”

Returning to the Fringe where it all began for them as a theater company 20 years ago, Theatre Pro Rata has commissioned local playwright Heather Meyer to pen the adaptation of this story and really that's all I need to know.  Theatre Pro Rata always does solid work and I also admire their focus on the plays and writers they choose to work with.  Heather Meyer is one of the most reliably entertaining writers in the Twin Cities right now (I'd say she's one of the funniest writers but nobody takes comedy seriously, and they barely take things you call entertaining seriously - it's hard to write a good script, it's even harder to write a good entertaining or funny script, and Heather does all that on the regular.  If you've never seen her work you must not live here and go to theater - but really, if you haven't, then you're missing out and you should give yourself a treat and fix that.)  Theatre Pro Rata always works with great actors in town and this cast is no exception so, do I really need to say more than that?  Just go.  This one's also outdoors, at the Wood Lake Nature Center Amphitheater (6710 Lake Shore Dr S, Richfield), and also on a bus route so...

And that's the rundown of the theater that could maybe get me out of the house to see theater at the Fringe this year.