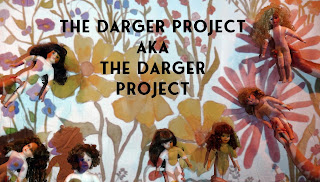 In the unscheduled, you can watch them anytime video category, there's a handful of Fringe regulars I can always count on for a good show.  In no particular order, they are:

The Darger Project aka The Darger Project - Winding Sheet Outfit - Henry Darger created hundreds of paintings and a sweeping epic novel about The Vivian Girls. He created his worlds in isolation, his prolific work only discovered after his death. THIS SHOW IS NOT ABOUT HIM.

Amber Bjork and her merry band of artistic conspirators always come up with something offbeat and original that ends up making me care about things I never expected.  I'm sure this offering will be no different.  While I enjoyed the archival footage last year to get a chance to see "You Are Cordially Invited to the Life and Death of Edward Lear" again (one can never have enough melancholy whimsy, after all), I really enjoyed the silliness of Winding Sheet's short film that was part of the FringeMiss fundraiser (Napoleon vs. rabbits, I think? My memory's wonky). That film was really well done, so I expect they've got something intriguing in store for their second video outing. 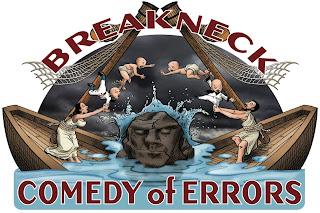 Tim knows his classics, and he knows how to cram them into an hour-long Fringe performance slot.  He's sort of an honorary local because he's always showing up for our Fringe, in whatever format it finds itself. If he's doing high-speed, one man, Shakepearean comedy, I'm down for it. 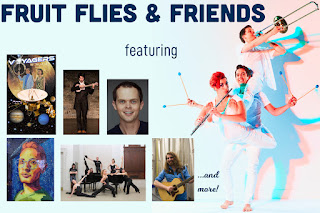 Fruit Flies and Friends - The Fourth Wall - Left to their own devices, The Fourth Wall (Fruit Flies Like a Banana) hosts a variety show boasting collaborations with friends and new trio pieces created across the miles during a year of living digitally.

Mom and I always loved The Fourth Wall and their assortment of "Fruit Flies Like A Banana" shows and went out of our way to make sure to see them every year they came to the Minnesota Fringe, starting with their first.  They are a delightful mix of music, comedy and physical theater. I was happy they were part of last year's virtual Fringe, both live and on video, and I'm super happy they're back again.  Variety show with other assorted artists?  Sure, why not? 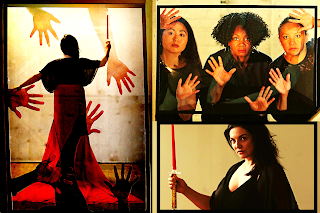 Full Circle is a theater company that does great work, so I was sad that I didn't get a chance to see this production when they did it live a couple of years back (you know, back when we did the whole thing live and in-person on a set schedule - crazy, right? hopefully we'll still remember how to do all that when we can gather safely again). At any rate, even though this one's an archival video footage entry, where the quality can sometimes be sketchy, I'm still enough of a fan of their work and curious enough that I'm going to give it a look.

Brian Watson Jones always assembles an engaging motley crew of collaborators, whether it's Fringe Orphans with a grab bag of random shorts or Bisexual Unicorns exploring gender and sexuality, so if he's gathering people to take a swing at mythology (one of my favorite subjects), that's enough of a recommendation for me to check it out.  And the people he's working with this time are Heidi Arneson, Eric Cohen, Shanan Custer, Paty Matthews, Jenna Papke, and Mickaylee Shaughnessy?  C'mon, that's gonna be awesome!