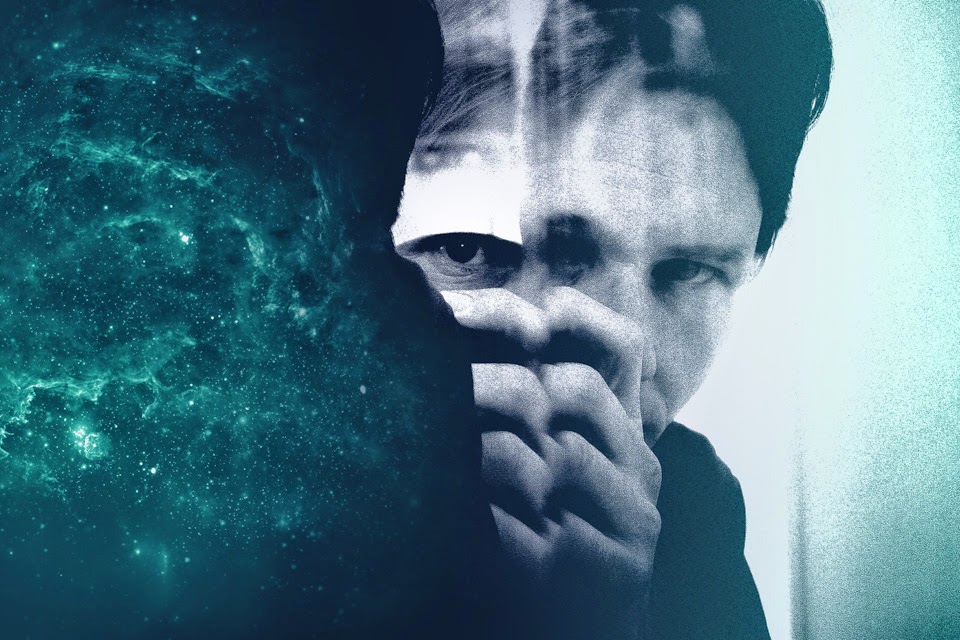 Which is a shame, because there’s some truly lovely exchanges - both of wit and emotion - threaded throughout After Life.  Brandon Taitt’s script has some of the most clear-headed discussions of the reasons both for and against organized religion that I’ve seen staged recently.  There’s a literal debate in the center of the play between our prickly lead character Izac Allen (George Michael Calger) and a priest, Father Malcom McAllister (Glen Stone) that I almost wish had been the framing device for the play instead of Izac’s otherworldly chats with spirit guide Lacy (Rebekah Kreger).  The script implies that there was a part of the debate before the part we see.  It was interrupted due to a flare up of a medical issue of Izac’s that later spirals out of control into his now very near death experience.

We rejoin the debate backstage, as they prepare to resume.  The priest’s innocent question about the absence of Izac’s wife Sarah (Victoria Pyan) in the audience, leads to the news that Izac and Sarah have separated.  The priest’s genuine offer of comforting words is rebuffed by Izac.  You almost feel sorry for the good Father until he turns around and uses his knowledge of the estrangement later in the debate to throw Izac off his game.  Everyone in the play has this kind of complexity and that’s what makes it fun and engaging to watch.  All the actors make the most of these opportunities under director Kevin T. Houle’s guidance.

Glimpses of Sarah, with and without Izac - past, present and future - crop up throughout Izac’s sojourn in the waiting room of eternity between life and death.  A lot of the heart and soul (apologies to Izac) of the play rest in these moments.  Spoilers forbid me from giving away the ending, but the final moments between Izac and his spirit guide Lacy is one of the sweetest endings I’ve seen to a play this year (and sweet without being saccharine, which is a hard thing to do - kudos again to writer, director and actors on that one).  In fact one of the things I like best about the play is it can make things like that last moment clear, without coming right out and saying something in words.  Really lovely, and also something that gives the audience credit for having a brain that can figure things out without being spoon fed.

The play appears to believe in the After Life of the title, and that the stream of time is fluid, something you can dip into, skip ahead and behind in, all of which makes things interesting and emotionally affecting structurally, as an audience experience.  But strangely it does tip the scales a great deal away from the lead character’s stated point of view, toward a standard Christian belief model.  This, at the same time that the only representative of organized religion is being pilloried as a bit of an antagonist for our anti-hero.  It’s an oddly mixed message.  It would be interesting to see a play not stacking the deck one way or the other from the opening scene.  Though Izac makes excuses that the whole afterlife scenario with Lacy is some misfire in his malfunctioning brain and not a hereafter that actually exists, it is nonetheless the reality that the world of the play exists in, and nothing in the play ever seriously undoes its validity.  We come from a culture steeped in things like Scrooge arguing with the ghosts of Christmas and always losing the fight. Izac versus Lacy hits a lot of the same markers.

Still, I do like a Fringe play that gives me more to chew on both while it’s being performed, and when I leave the theater, and on that score After Life is very much a success.