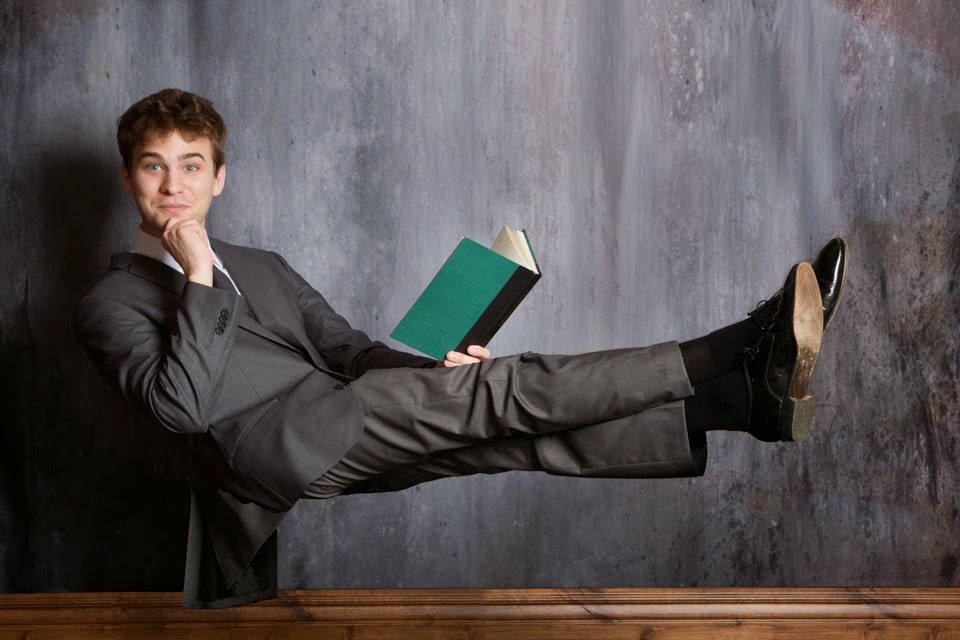 In its own quiet, unassuming way, Nick Lande’s Fringe offering, An Honest Magic Show, is just as much a 5 star show as other larger more visually dazzling productions this year.  This is mostly because at its core, it’s just a good solid magic show.  A mix of sleight of hand, misdirection, psychology, and a handful of things for which I have no logical explanation make for a very fun hour.  Lande is an engaging and friendly presence onstage.  Even when he’s tricking someone while standing right next to them, he’s never condescending, smug or unkind.  He’s committed to keeping things as random as possible and never uses the same audience volunteer twice.  There were about two dozen of us in the house on his opening night (“It sounds like there are more than five of you out there so I’m very happy”), and I’d say about half of us ended up onstage before the night was over (myself included).

Even when Lande was explaining a trick to us, it still maintained the power to enchant us.  Sometimes he was even out-charmed by his volunteers.  One woman in particular was so honestly astonished by a simple “make the red sponge ball disappear” trick, that it was almost as much fun to watch her amazement as it was to watch Lande execute the trick in such a way that we in the audience could clearly see what his moves were all the while he was concealing them from her.

His two card tricks at the beginning and end of the show were the least successful (in terms of getting that card just right), but among the most amusing.  Often it was the act of reading people to tell if they were truthful or lying that was the greatest “trick” of all.  The simplest props, like crayons or rubber bands or crude hand drawings on crumpled up pieces of paper, could have the biggest payoffs.  (He drops the occasional four letter word - he’s a young guy, bordering on being a “dude” but that’s really the only adult content here.)

Mostly though, it’s Lande’s presence as a performer, his gentle good humor, his way of telling a story to give a trick context, and his genuine affection for an audience that’s willing to show up and watch magic tricks that makes An Honest Magic Show such a fun time.  It’s a great chance of pace.  You should check it out.