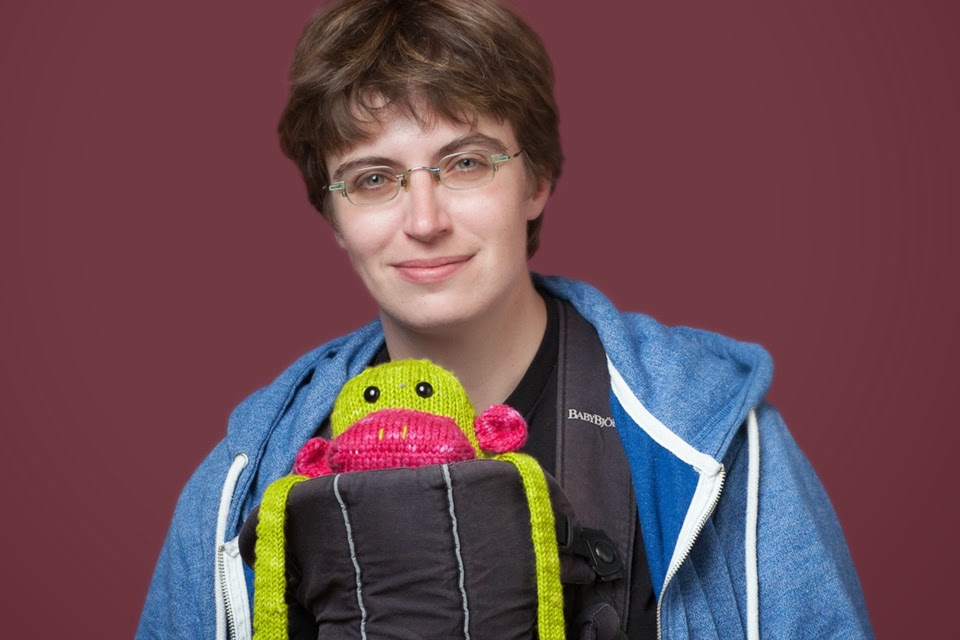 There are going to be a lot of superlatives thrown around about Allegra Lingo’s latest Fringe show, The Genealogy of Happenstance, produced with The Peanut Butter Factory.  Her opening night crowd rose to their feet to give her a standing ovation.  All this praise is well-earned.  Saying things like “This is Allegra Lingo’s best Fringe show yet” sound like hyperbole.  And, well, an artist always hopes that the latest thing they’ve done is an improvement over the things that came before.  One would hope you could always say that.  That you learn from your successes and mistakes and push to improve yourself, make yourself the best artist you can be, never to settle for less than that.  But The Genealogy of Happenstance is another huge step forward for Allegra Lingo, as a writer and as a performer.  She is operating on another level now, and I think that has to do in large part with her subject matter.

Allegra in the past has always had a little bit of narrative distance from her stories, even though almost all of them have been directly culled from her own life.  She has been an observer of her life, and has invited audiences along to be observers as well.  That distance made things safe.  No less funny, no less penetrating, but safe.  There is no such safety here.  Married life and impending parenthood have brought out the best in the Allegra Lingo we see on stage.  As Mom pointed out, she’s more vulnerable now.  She seems more open, that she’s sharing more fully of herself, that she’s holding less back.  She’s seems to be feeling more fully both the highs and lows of life and she has become more able to share those with her audience in her stories.

The Genealogy of Happenstance also shows that Allegra’s becoming a better actor.  In particular, her rendering of the aggressively perky nurse who performed the first insemination procedure on Amy was quite delightful.  Allegra was still there, she doesn’t disappear entirely into the character, but there is a performance aspect to it that’s fun to watch in action.

Naturally there’s a lot of absurdity to a lesbian couple trying to navigate a health care system that’s more accustomed to dealing with heterosexual couples, and Allegra mines that for all its worth.  But the discomforts particular to Allegra’s situation also get laid bare.  With Amy carrying the child as a biological mother, and the sperm donated from a third party, Allegra has no biological connection to this child who she will nonetheless love as her own.  The struggle to find a valid place in her own story is incredibly moving.  The strains it puts on Allegra and Amy’s marriage are heartbreaking.  The little victories mean that much more.  Moments that might have been strictly comic fodder in the past - like flight-phobic Allegra on a plane sitting next to an eight year old girl who loves plane rides full of turbulence, and then falls asleep on Allegra’s shoulder - become freighted with all kinds of heart to go along with the laughs.

Allegra Lingo is allowing herself to be more human onstage.  It makes for great theater.  You should see it for yourself.