Fringe Review - Tourist Trap - Theatre In The Round 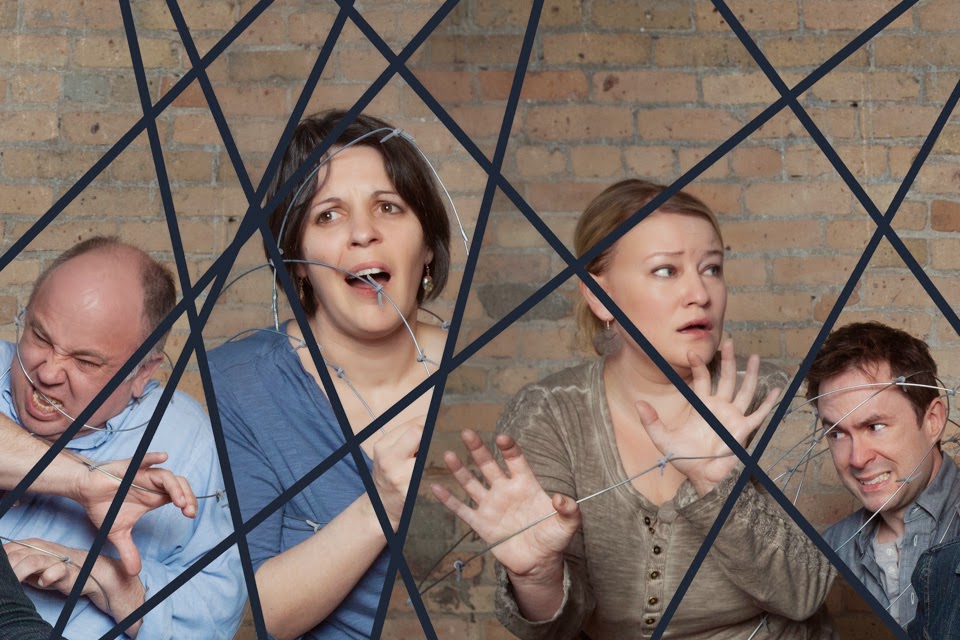 Though Tourist Trap is a wonderfully quick and creepy show (clocking in at under 40 minutes), Ghoulish Delights’ leader Tim Uren (who wrote, directed and has a supporting acting role in this Fringe production), may be a victim of his own success at freaking me out in the past.  With his entry in last year’s Twin Cities Horror Festival, Trust and Obey, Uren raised the bar almost impossibly high for me as an audience member.  That show was such a complex, multi-layered psychological terror machine that now I expect nothing less.

And I am not an audience member that likes to be scared.  I normally stay as far away from the horror genre as I can get.  But it seems like horror in theater is something I can take in small doses that will otherwise give me sleepless or nightmare-filled evenings in the TV or film format.  Much as I don’t like to be scared, I will willingly put myself in Tim Uren’s hands time and again because the guy knows how to deliver an unsettling good time.  It’s not just gore, it’s a story that screws with your head.

Things are no less freaky in Tourist Trap.  It serves up a good number of shocking twists and turns.  The ominous build-up quickly gives way to outright bloodshed.  Mom admitted that Fringe fatigue might have set in for just a moment but, “then people started screaming and all that other stuff happened and I was thinking, Well, all that went downhill very fast!”  (Mom's other comment on the show, laughing, "He must really hate South Dakota.")

Can’t say too much without spoiling the fun here, of course.  But let’s just say that visiting the home that has now been turned into a museum for the man who led a serial killer cult  is never a smart idea.  With a cast consisting of Uren, Charlie Hubbell, Ariel Leaf, Amy Schweickhardt and Clarence Wethern, you’ve got a lot of acting power on your side.  They present this story with unrelenting fervor, which it needs, of course, otherwise you’d devolve into a fit of giggles rather than gasps.

With the extra time left on the clock and a cast this good, I have to admit I was hoping for something that would dig just a little deeper into my discomfort zone, but even so, this was plenty frightening (and fun).  As always, I look forward to what Ghoulish Delights is up to next (like the Twin Cities Horror Festival at the end of October) and the current show, Tourist Trap, still logs in at