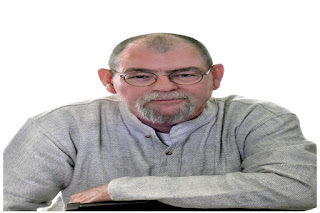 "The Things They Carried" is a truthful, beautiful and courageous telling of what the war in Vietnam was like day to day for the soldiers who fought it. Memory, imagination, and the power of storytelling.

For this one, it’s the storyteller at the center of the piece.

My first job as a stage manager when I moved to the Twin Cities after grad school was at the now-defunct Cricket Theater, which specialized in new plays.  And one of those new plays was an original one-man show by Jim Stowell.  We bonded and so I’ve been following Jim’s shows over the years since when I can.

I saw a longer version of this adaptation with another actor in the role when it was done at the History Theater.  So I’m really interested to see what it’s like when Jim’s inhabiting the character.

Mom’s never had a chance to meet Jim or see him at work, so that’s a bonus, too.

One of the pitches for this play is: “Tim O'Brien - author of The Things They Carried - says a true war story makes your stomach believe. Your stomach will believe this play.”

So, you know, go with your stomach.