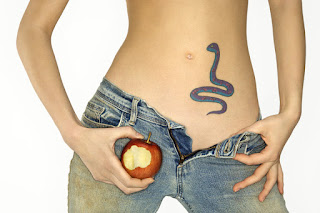 A young boy slaughters a pair of copulating snakes, and is cursed to spend his life as a double-gendered voyeur -- a prophet, both male and female, whose visions of the future are ridiculed by their subjects.

I’ve been following Maximum Verbosity’s Phillip Andrew Bennett Low around the Fringe since his very first Fringe show in 2004.  After he blew my mind with an early version of Camelot Is Crumbling in 2005, he wound up on the Top 10 list for 2007, when he hit it big with Descendant of Dragons.  He’s either been wrestling with the legends of King Arthur or experimenting with more personal material ever since.  Last year, he hosted a mind-bending series of speculative fiction storytellers with the Not-So-Silent Planet.  This time out it’s "a new ensemble verse fantasy based on a series of Greek myths dealing with, among other things, transgenderism and gender fluidity. He’s also got a pair of LGBT storytellers presenting original material in between cantos."  Naturally, as always, I’m curious about the results.  Phillip always gives me something to think about, and usually a fair number of inappropriate laughs along the way.