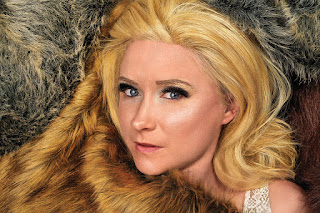 Dark, dangerous, and delightful, this re-imagined fairy tale takes a sordid slant on "Cinderella". From the twisted minds of the Brothers Grimm comes a tale brimming with puppetry and music.

Here’s where listing the people involved with your Fringe show really helps.  The combination of the names and the bios made me realize, “OK, something good’s probably going on here.”  The names I immediately recognized were Eva Adderley, a fellow playwright, and Kevin Springer, the sound designer.

Eva’s many projects over the past year have always been intriguing, so if she’s interested in helping this production, it’s worth a second look by others, too.  Ever since Kevin did an amazing job composing the sound for my play Leave, I’ve been a fan of his as both an artist and a person - he’s just good people, and his design makes the world of any play richer and more complex.

Finally, the name of director David Hanzal was tugging at the corner of my mind.  Before Collective Unconscious, he launched a company called Red Letter Theater with a production of Phaedra’s Love by Sarah Kane back in August 2009.  Since that was eight years ago, I’ll give myself a pass on it not leaping to mind immediately.

(I interviewed David for an article that my editor [not the Daily Planet] chose not to publish at the time.  It was about the launch of three new theater operations.  Red Letter and one other theater company discussed are no more.  The third was HUGE theater, and they’re still making the Twin Cities a better place for long form improv, while also serving as a Fringe venue.  Small world.)

(Random shout-outs: to a couple of retellings of old stories in a new context - Sisyphus, and Code: L-O-V-E, which almost made the cut)

And here's some handy links to the full list of pre-Fringe top 10, and 11-20, returning favorites, and all the random shout outs in these Top 10/Top 20 posts - links all gathered in a single list to take you to fuller posts and Fringe pages.  Enjoy!