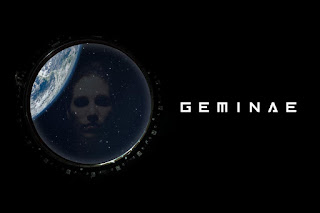 Astronaut Cassie Matheson is in orbit, and she's doomed. With nothing left to lose, she discovers there is nothing to hold her back... except the sister who won't let her go.

Oncoming Productions is only one of the theater companies with which Victoria Pyan is involved.

I know her work best as one of the founding members of Little Lifeboats, which is committed to new work, and curates the new play showcase T.E.A.S.E. each year.

For them, she also directed my absolute favorite theater production of 2017, Sing To Me Now.  She was also one half of the two person show My Barking Dog earlier this year with Market Garden Theater.

I haven’t seen any of Oncoming Productions at the Fringe yet, but if Victoria’s involved, then I’m overdue to check them out.