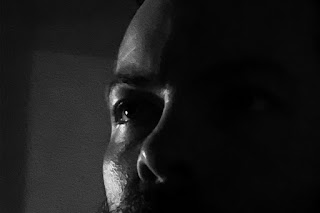 “I guess I realized he did a lot more with his theater degree than I did.”

Synopsis: An autobiographical horror-fiction concerning disinformation, non-linear warfare, arson, troll-farms, Russian oligarchs, psychic attacks, tik tok, and our ever-eroding sense of what is true and what is false.

Here’s the thing about The Coldhart’s Fringe solo show, Silver Hammer - it may all be complete bullshit (and I love that about it).  Nick Ryan tells you at the beginning he may be lying to you, Nick Ryan reminds you in the middle he may be lying to you, and Nick Ryan tells you at the end that he’s probably been lying to you the whole time.  Now, he doesn’t (often) say it that directly.  But the show is about disinformation, and inspired by the work of one of Vladimir Putin’s top aides, the man behind Putin’s war of disinformation on the people of Russia and the rest of the world.  The show begins with a quote from the aide, and then Ryan’s performance of an (unauthorized) adaptation of one of that man’s short stories (in addition to creating propaganda for a living, the man also writes science fiction).  Oh, and the author/disinformation guru Valdislav Surkov also got himself an MFA in theater with an emphasis on the avant garde.

“My coping strategies… began to break down.”

Did Nick Ryan really submit an application to the 2020 Cincinnati Fringe with the working show title of “Vladimir Putin Wants Me Dead?”  Did this Fringe show, unexpectedly canceled by the pandemic, come to the attention of the Kremlin?  Did a Russian troll farm start cyber-attacking Ryan in retaliation?  Maybe?  Only he knows for sure if he’s screwing with us.

Did Ryan’s research into COVID-19, and a string of arson attacks, and psychic warfare, lead to a series of unusual and increasingly expensive online purchases that worried his partner?  Did he send his arson research to MinnPost?  Was he actually being attacked by psychic spies working for the Russian government?  Of course not, that’s ridiculous… or is it?

“What got me was that ‘hypocrites’ was spelled incorrectly.”

The thing about Nick Ryan, and the work of The Coldharts in general, is they can get you to buy into pretty much anything, because they can make even the most outrageous things start to seem both human and plausible.  They’re dangerously charming.  They’re very good at drawing you into their world and getting you to follow along with their twisted sense of logic, even as you’re laughing nervously and trying to remind yourself it’s just a show.

“Here are bombs for the defense of love.”

Not for nothing, but Silver Hammer also had the single biggest laugh from an audience, with additional applause to go along with the guffaws, that I’ve experienced at the Fringe so far.  And I’ve seen a lot of comedy this year.  Even I laughed at the joke, and I’m more of a silent smiler most of the time.  When theater people get a joke, they get a joke.  Also, that short story about future war from Vladislav Surkov?  Not bad.  Very creepy, and all too believable - I can see why the Coldharts were drawn to it.  Makes for a great opener.

“My God, what a delightful strolling bass line.”

Two more shows for The Coldharts’ Silver Hammer, tonight 8/9 at 10pm, and then they close on Thursday with a 7pm performance.  Catch ‘em while you still can.  ‘Cause who doesn’t want to feel just a little more paranoid these days, am I right?