Top 10 lists are, in one sense, ridiculous.  Particularly when it comes to theater in the Twin Cities.  There’s just too darn much of it for anyone to see everything, or even a fully representative slice of everything.  But it does get you to sit down and think.  Honestly, going back over all the reviews and records of other things I’d seen in 2017, I kept having the thought, “Wait, that was this year?  That seems like SO long ago now.”  2017 felt like a LONG year for so many reasons, good and ill.  But yet again, it was a really good year for theater - at least the theater I managed to see.  There’s a lot of great new plays and new writers out there, alongside the more established scripts old and new that are making the rounds.  Not counting the Minnesota Fringe Festival, I saw 87 performances in 2017.

Four of those were things I wrote for, so we’ll set those aside (of course I enjoyed them, and of course I didn’t review them).  For the curious, they were short scripts for the Create A Play On The Bus element of the Vehicle of Expression, part of the Art Shanty Projects, alongside scripts from Charles Campbell, Emily Gastineau and Billy Mullaney; also one of the competing monologues for Little Lifeboats’ Monologue Madness event; my play This Isn’t A Horror Story was tapped to be part of the William Inge Theater Festival; and a scene from my play TV Boyfriend got the Off Book treatment at HUGE improv theater.

Another 13 of those performances were play readings I saw as part of the William Inge Theater Festival down in Independence, Kansas (including a staged reading of a fantastic Lauren Gunderson play called Ada And The Engine).  Another 16 of those I saw but didn’t review for a variety of reasons - most of them were performances at the Guthrie Theater as part of my second part-time day job in their box office (if I reviewed those, I’d either look like a suck-up or like I was biting the hand the helped feed me).

So of the remaining 54 I actually did review, the quality came in very much on the positive side.  45 of them ranked at 4 out of 5 stars or higher, only 9 were 3.5 stars or lower.  If I’m holding myself to just ten to highlight, these are the ones that shake out at the top:

1. Sing To Me Now - Little Lifeboats - an amazing new play I wish more people saw (review)
2. The Assassination of the Archduke of Austria-Hungary Franz Ferdinand - Sheep Theater - thinking about this new play still kind of blows my mind; I hope to hell they revive it soon (review)
3. Citizen: An American Lyric - Frank Theatre - wonderful, heartbreaking and inspiring (review)
4. 365 Days/365 Plays: A 2017 Remix - Full Circle Theater - a stunning debut for a new company (review)
5. The Nether - Jungle Theater - mind-boggling, creepy and deeply moving (review)
6. Revolt. She Said. Revolt Again. - Frank Theatre - subversive, hilarious, liberating - if after 29 years, you don’t have Frank Theatre on your schedule, you’re really missing something (review)
7. The Good Boy and The Kid - Sheep Theater - a new play about professional wrestling has no business being this good, and yet it is - Sheep Theater may be new, but they’re a group you should be following (review)
8. The Baltimore Waltz - Theatre Coup d’Etat - a play that has become surprisingly timeless (review)
9. Fool For Love - Dark and Stormy Productions - another modern classic granted new life with an intimate staging (review)
10. The Whipping Man - Minnesota Jewish Theatre - a fairly recent play with an old-school feel to it (review)

I also should give a shout-out to two Guthrie Theater productions, The Bluest Eye, and Watch On The Rhine, which used the theater’s ample resources to stage two vivid and compelling stories.  Also, the following other productions didn’t make the top 10 list above, but they were the only other shows to rank five stars from me this year - alphabetically by title, they are: The Abominables (Children’s Theatre Company), Anna In The Tropics (Jungle Theater), Hamlet (Park Square Theatre), Little Wars (Prime Productions), Lone Star Spirits (Jungle Theater), and Momentum: New Dance Works Festival, part 1

And an honorable mention to the Jungle Theater’s Fly By Night which, though it had elements that bugged me, did have the added bonus of introducing me to the music of Chris Koza and Rogue Valley (with which I am currently obsessed), and thus also a peek into the world of live music in the Twin Cities (I’ve seen the man play since at the Icehouse, the Turf Club, the North Garden Theater, the Cedar Cultural Center, and because we happened to be on the east coast at the same time, the Ram’s Head Tavern down in Annapolis.)

At the Minnesota Fringe Festival, I saw 56 performances (two of the shows I saw more than once, so it ended up being 53 different productions.)  It was another really good year for Fringe as well.  When the dust settled, 22 of the 53 shows I saw ranked five stars.  14 nabbed 4.5 stars, and another seven got 4 stars.  Only 10 of the shows ranked 3.5 stars or less in my opinion.  Here’s the ten of the five star shows that ranked highest for me: 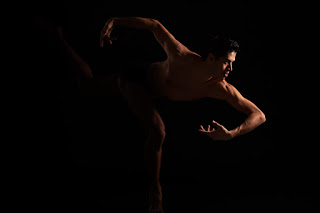 1. Out of the Shadows - unconventional dance show I saw three times, so… (review)
2. Odd Man Out - a perfect Fringe condensation of a powerful new play (review)
3. Boombox - a last minute entry that deservedly took the festival by storm (review)
4. The Wright Stuff, or You’ll Believe They Can Fly - Carson/Kraft and their comedy co-conspirators hit another home run (review)
5. Spec - Ben San Del enters the world of speculative fiction with a bang (review)
6. Blackout Improv - a Fringe version of their wildly popular monthly show (review)
7. Not Quite: Asian American by Law, Asian Woman by Desire - compelling one-woman show about what it means to be an alien as well as a citizen (review)
8.  A Resister's Handbook (for holding onto optimism in shitty times) - just like the title says, and just what we need (review)
9. It's About Love Again This Year - enchanting, whimsical dance ensemble piece that sticks with you long after it’s done (review)
10. A Pickle - perfect combo of playwright (Deborah Yarchun), actress (Angela Timberman) and story (the Pickle Lady who took on the Minnesota State Fair on behalf of kosher pickles) (review)

The other five star shows that nearly made the top ten list are (alphabetically): Banana Wars, Dungeon, Fool's Paradise, Fruit Flies Like A Banana: World Tour, Good Kids, The Memory Box of the Sisters Fox, The Mysterious Old Radio Listening Society, Sevlin and Devlin Presents: Seven Evans In Heaven, Skirmish of Wit: Your Imaginary Forces, Spy In The House of Men: A One-Woman Show With Balls, Stranger-er Things: Netflix and KILL, and Themselves They Made Immaculate: Clara Barton at Andersonville.  (The other show I saw more than once: Atlas Dynamo’s Burnt Offerings - because I sat in with my guitar and played a song with them on the second showing.)

A lot to be thankful for in the year just past, and a lot of strong companies old and new doing great work, so there’s also much to look forward to in the year ahead.  And I’m sure the random chance of the Fringe lottery will serve up another combo of veterans and unknowns to dazzle us as well.  Happy 2018, everyone!